Information is Beautiful is one of my favourite blogs. Interesting data in beautiful and easy to take in visual presentations.

A recent post looked at the poisoning deaths in the UK and then compared them to the number of press reports the drug deaths received. 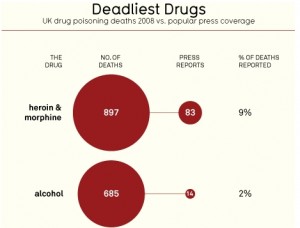 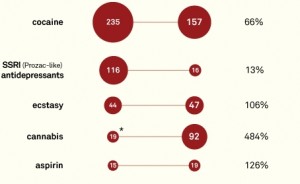 My personal favourites are aspirin and cannabis where the press reported more often than people died. In the case of cannabis almost five times as much.

Unfortunately I believe these results would be replicated in Australia.