If you live out bush one of the few regular personal contacts you have is with the contractor providing a regular Australia Post particularly if they arrive at your property by air. The Royal Flying Doctor Service may land regularly for a clinic or perhaps only visit when you are ill.

I want you to imagine that you or a loved one live out bush hundreds of kilometres from the nearest health service or hospital. Perhaps you are dying but want to do it pain free and with dignity at home in your remote community/station. Perhaps you are suffering from severe pain from an injury but you no longer need to be in hospital. Perhaps you have a child with behavioural problems and need a supply of dexamphetamine sent out regularly.

Well according to Australia Post it is just bad luck. They won’t send them to you.

This concern recently raised it’s head over on the Auspharm List:

What is the legislation with posting medicines in particular scheduled medicines and schedule 8’s. Am getting conflicting information from drugs of dependence unit and Australia Post.

Personally I’d trust the advice of the Drug of Dependence Unit. That’s what they are good at. Legislation on narcotic and other Schedule 8 medications.

For those not familiar with Australia’s Poison schedules here is a definition:

Schedule 8. Controlled Drug – Substances which should be available for use but require restriction of manufacture, supply, distribution, possession and use to reduce abuse, misuse and physical or psychological dependence.

Also, and this is third hand, the Pharmaceutical Society of Australia looked at this in the past and decided that though State laws allow postage of S8 items, the federal statutes overrode them.

So what is the law.

63.1 A poison, drug or medicine which is a narcotic substance shall not be lodged for carriage by post nor carried by post.

Clicking on narcotic substance links through on the Australia Post site to its definition.

narcotic substance has the same meaning as in the Customs Act 1901.

The Customs Act 1901 defines a “narcotic substance” as:

and further describes a

“border controlled drug” has the same meaning as in Part 9.1 of the Criminal Code . 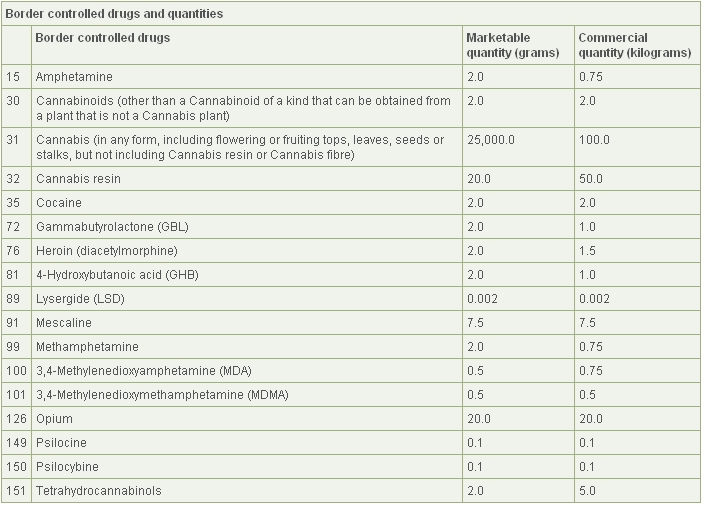 Not a legal drug listed.

Australia Post has it wrong. It is legal to send prescription Schedule 8 items through the mail. I’d say someone has had a look at the term “narcotic” but didn’t bother to see what it meant in a legal sense. If the Pharmaceutical Society did look at this issue in the past then they have ballsed it up. I will be writing to both to try and have this corrected.

Australia is one of the most urbanised countries in the world. I have heard it said 0.1% of us live in 50% of the country. The more remote you get the worse the health outcomes. I’d hate to see a misunderstanding of a legal term denying people in the bush.

For those of you wondering what a Drug of Dependence Unit does go have a look.