We have recently passed the two year anniversary of the death of Mr Ward who died while being transported in a prisoner transport vehicle in summer without air-conditioning. A former prisoner has provided a first hand account of what these vehicles are like to travel in.

The following account is from Kalgoorlie. Miner newspaper. Visit their site and see what happens in Kal.

The two-year anniversary of the death in custody of a Goldfields Aboriginal elder has prompted a former prisoner to speak out about the “degrading” conditions in which prisoners were transported.

The former prisoner, who did not want his name published, said the conditions in which some prisoners were transported were “degrading”, “filthy” and “inhumane”.

The man told the Kalgoorlie Miner he was transported in a prison van in similar conditions to those in which 46-year-old father of four Mr Ward died.

Mr Ward was arrested in Laverton on Australia Day 2008 for drink-driving while serving a suspended jail term for other driving offences. He was remanded in custody to face court in Kalgoorlie 360km away and suffered third-degree burns to his stomach following his collapse in the rear of a prison van in which the air conditioning was not working. 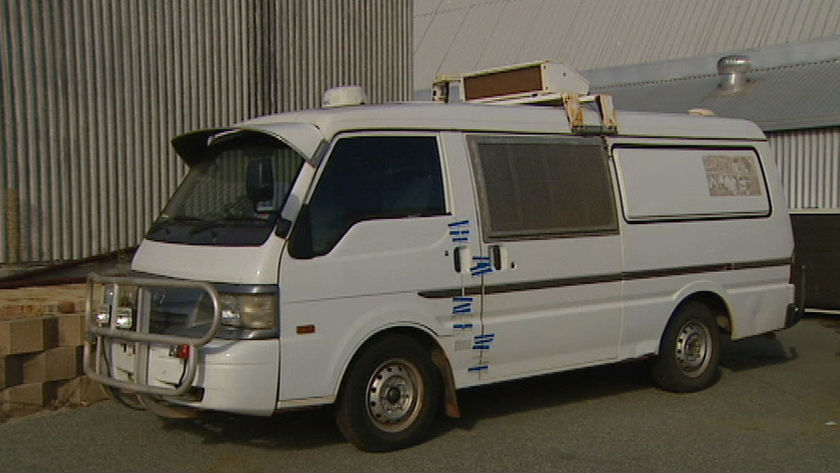 Given only a 600ml bottle of water and a meat pie for the journey, Mr Ward later died from heat stroke on the 42C day.

Speaking out after Mr Ward’s death, the former prisoner said he could understand how Mr Ward died because he was transported in similar conditions.

“When Mr Ward died I could see exactly how it happened,” he said. “The way they transported prisoners was wrong and it was just inhumane.”

The man said when he was remanded in custody to travel from Kalgoorlie-Boulder to a Perth prison, he was transported in the back of a prison van similar to one in which Mr Ward collapsed.

“We were transported from Kalgoorlie to Perth and we were herded into the back like sheep,” he said.

He said conditions inside the prison van were “filthy” and “degrading” with prisoners often crammed into metal pods at the back of the vehicle.

“There were 12 of us in the back of the prison van and the smell from the toilet was unbelievable,” he said. “It was a hot day and I dry-retched when I climbed in because of the smell. It hadn’t been cleaned.”

The former inmate said while there was a toilet inside the van, unlike the vehicle in which Mr Ward was transported, it was filthy and many prisoners did not want to use it.

“We were given 600ml of water like Mr Ward and we had wet sandwiches, but the guys didn’t want to drink the water because if they needed the toilet, they would have to expose themselves in front of all the other prisoners,” he said.

Like Mr Ward, the former prisoner said he was never told about a duress alarm installed in the back of the vehicle, nor was he told how to communicate with the guards driving the prison van.

“You don’t get spoken to, there’s no communication,” he said.

He told the Kalgoorlie Miner although the guards had stopped twice during the journey to Perth in August last year, they did not stop to check on prisoners inside.

“THEY stopped two times but didn’t open the back to see how we were,” he said.

He said though the air conditioning was functioning in the prison van in which he was transported, the former prisoner said it was “freezing”.

During the inquest into Mr Ward’s death, State Coroner Alastair Hope heard evidence from Nina Stokoe, one of the guards who transported Mr Ward, who said she assumed the air conditioning in the pod had been working because the driver’s cabin had functioning air conditioning.

Mr Hope also heard evidence staff from the private prisoner transport company, GSL, now G4S, had repeatedly complained about the sub-standard vehicles used to transport prisoners and the air conditioning had been reported faulty at least one month before Mr Ward’s death.

Mr Ward’s inquest also revealed chronic deficiencies in the Government-owned fleet of prison vans were well-known to the Department of Corrective Services and a report had been tabled in Parliament in 2001 following a highly-critical review by a former inspector of custodial services.

Some months later, the Department of Corrective Services announced prisoners would be transported in chartered buses and planes until the fleet of long-haul vehicles was replaced.

Though some changes have been implemented to privatised custodial services and prisoner transport in WA, the former prisoner said he simply hoped prisoners transport would improve in the wake of Mr Ward’s tragic death.

“There has got to be a better way,” he said.